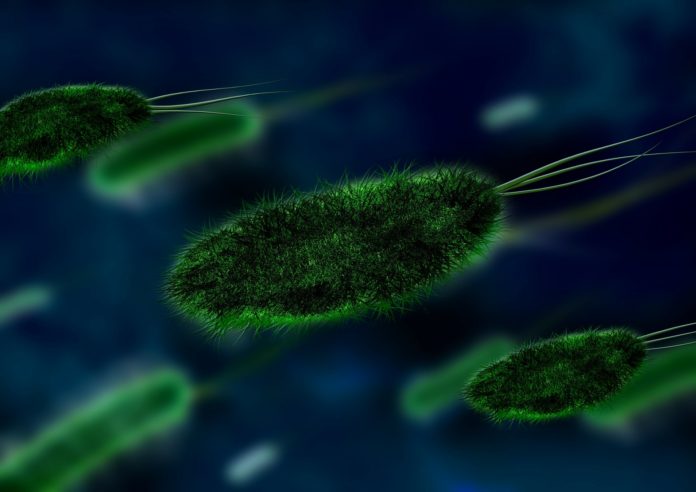 In terms of genetics and physiology, the Escherichia coli (E. Coli) is the most well-known bacterium in the world. This bacterium, which can be fatal in some cases, settles in the human intestine, and it’s been one of the most studied microbes. In the last decades it has become a case study and, currently, is another instrument in the laboratory.
Chilean and French physicists from the Millennium Nucleus Physics of Active Matter (DFI-FCFM- University of Chile) and the Industrial Physics and Chemistry Higher Educational Institution, Paris (ESPCI – France) worked with E. Coli models to go deeper in the study about the way they swim and have more knowledge about their motility because this information could allow confronting the propagation of infections.
They were able to find out two important things. On one hand, they realized previous studies about bacteria swimming times had misconceptions, and, on the other hand, they revealed how bacteria rapidly infect artificial catheters like the ones used in the hospitals and, also, anatomic ducts like ureters. This is what scientists called “super contamination”.
Two findings that could be able to explain the origin of some medical emergencies and have a great impact on the prevention of hospital-acquired infections, and especially, those produced in the patient’s internal ducts, like kidney or uterus infections, among others.

More than a second
Physicists analyzed available data about this bacterium swimming in a first study, recently published by the Physical Review X journal. This investigation indicated that helped by its flagella, the E. coli swim in a straight line for a time-lapse, then stops for a moment, and then change direction and keeps swimming. “The studies from the 70´s indicated bacteria alternated swimming and direction change modes every second, and always with the same rhythm”, says Rodrigo Soto, Director of the Millennium Nucleus Physics of Active Matter and co-author of the study.
They discovered that affirmation was not correct. After observe and analyze bacteria for a long time, they realized when E. coli is in swimming mode, sometimes it does in more than a second, and sometimes it does in less than a second. “Our colleagues in France built a microscope that allowed us to measure the bacteria three-dimensional motion for a long period.
What we do was to link that swimming with its cellular biology, that is to say, with the chemical signals inside the bacteria. This is very important, because we contribute new knowledge about the bacteria swimming”, Soto says.

Super contamination
Along with this new knowledge, physicists from the ESPCI and the Millennium Nucleus conducted a second investigation, recently published by the Science Advances journal.
Physicists placed E. coli bacteria in the outlet of a thin tube, while in the inlet end, they injected water intending to push bacteria out of the tube.
What happened after this was exactly the opposite. “By pushing them with water from one extreme of the tube, bacteria did not get expelled by pressure, but instead, they got even deeper in the tube and very rapidly. Why? because bacteria swim upstream and the reason is completely physical and is has to do with how bacteria interact with flows. Is purely hydrodynamics”, Soto says.
This is what happens: bacteria swims upstream, and only when they stop, they detach from the walls and, only then, is when they can be dragged to the tube outlet, but then, they retake their swimming and they stick to the walls again and keep swimming for more than just a second. “We observed bacteria remain swimming upstream for a long time, distances up to 10 centimeters through the tube walls. This finding is related to the first study and it means they can rapidly contaminate a catheter just because they can swim upstream for a long time”, Says Soto.
That catheter can be natural or artificial (like the ones used in the hospitals). For example, in the urinary tract, the ureters are tubes with muscular walls that generates successive waves of muscular contractions to move the liquid from the kidney to the bladder. According to the physicist’s estimates, the velocity of the bacteria moving upstream could exceed the length of the ureter (200 to 300 mm) and travel from the bladder to the kidneys in 3 to 7 hours, starting a possible kidney infection. “What we call «super contamination», could explain the rapid beginning of some life-threatening medical emergencies”.