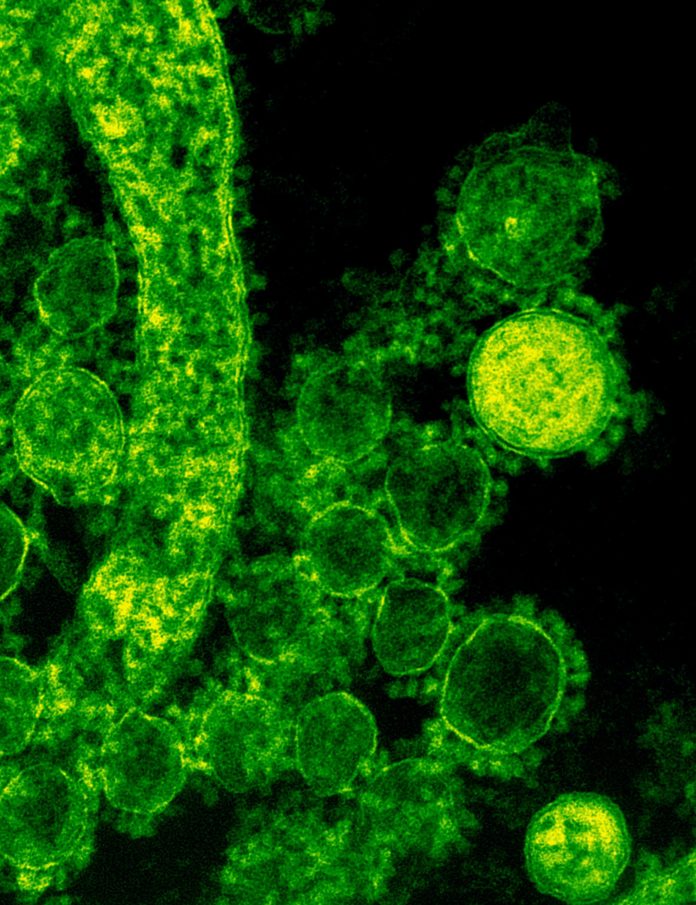 This finding could help to improve the fight against bacterial resistance to antibiotics, as well as to improve the work with them as biofertilizers.

To study collectives of bacteria, physicists usually treat them like if they were identical since that fact simplifies the analysis. But, likewise human beings, bacteria not only have different sizes, characteristics, and movements. But every bacterium changes its direction at its rhythm, even if they are the same species.
What is the role diversity of movements play? That is what was just found in a research published in the Soft Matter Journal conducted by physicists of the Millennium Nucleus Physics of Active Matter (Chile), Federal University of Pará (Brazil), Göttigen University (Germany), and King’s College London (England) that reveal that such variety influence dramatically in the power of agglomeration of bacteria.
A finding that could help to improve the fight against bacteria resistant to antibiotics -since they protect themselves when they are in bigger groups- likewise using them as biofertilizers, where agglomerations hamper the proper functioning.
“The results indicate that bacteria agglomeration is up to 60% bigger when not all the bacteria change direction in the same period, in comparison to if they do it at the same time. We have also found simple formulas that predict which are the average sizes of the agglomeration of bacteria to any level and structure of diversity, says Pablo de Castro, Brazilian physicist, postdoctoral researcher of the Millennium Nucleus Physics of Active Matter (DFI-FCFM of the University of Chile), and one of the authors of this study. Change of direction
Bacteria “swims” in pursuit of nutrients. They do it in a straight line, but depending on the signals they find along the way, they might change direction.
To find out if the diversity of their movements played some role in their agglomeration patterns, physicists computationally simulated and developed a theoretical model to study bacteria with different movement characteristics with each other, swimming in a narrow channel.
What did they find? First, that bacteria agglomerations become larger purely due to their diversity of them and their movement. “In the regions outside the agglomeration stays the bacteria that switch the direction of their movement rapidly, while the ones that change slowly, stays more time localized at the edge of the agglomeration, tapping the other bacteria inside of it, which leads to bigger bacterial colonies,” De Castro explains.
They also found that in wide enough channels, bacteria can escape from the agglomeration more quickly. It does not have to wait for their colleagues at the edge to change direction, for them to allow them to pass. “This way, we discovered that in wide channels, a colony of equal or diverse bacteria behaves the same way, but in a narrow channel diverse colony formed bigger agglomerations,” explains Rodrigo Soto, Director of the Millennial Nucleus and part of the study.

Applications
The importance of this finding lies in the fact that it could help to intervene in the mechanisms that allowed bacteria to become resistant to antibiotics. Besides, it could help to improve the work with biofertilizers, “Most of the soil bacteria have micrometric sizes and live in pores the size of 6 micrometers or less. Many of them act as biofertilizers carrying chemicals to the roots of the plants. The elimination of agglomerations in the pores can significantly increase the efficiency of the biofertilizer. Otherwise, agglomeration blocks the advance of bacteria. This study shows that less diverse colonies of bacteria generate fewer agglomerations and, therefore, it can be more adequate to use them as biofertilizers,” says the postdoctoral researcher from the Millennium Nucleus.
It could also help to handle the mechanism that allows bacteria to be more resistant to antibiotics since when they agglomerate, only the bacteria at the edge of the group (the ones that change direction slowly) have direct contact with the antimicrobial substance (not those inside the agglomeration). This way, could be designed more efficient antibiotics that act only in this type of bacteria,” explains Soto.