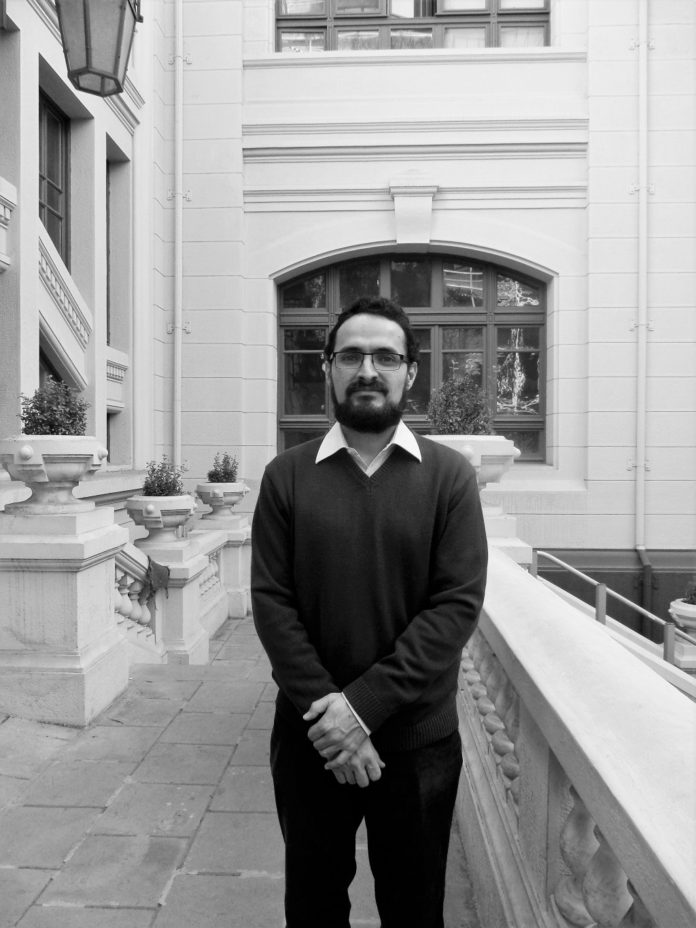 Óscar Paredes, post-doctoral researcher of our center of excellence, will study two active matter models, under the sponsorship of Felipe Barra, Director of the Physics Department of the FCFM of the University of Chile (Universidad de Chile).

With an investigation project that will study two active matter models, Óscar Paredes, Doctor in Physics, and post-doctoral researcher of the Millennium Nucleus Physics of Active Matter, became one of the 272 benefited projects with the post-doctoral 2020 Fondecyt (Fondo Nacional de Desarrollo Científico y Tecnológico- Scientific and Technological Development National Fund).
This project counts with the sponsorship of Felipe Barra, Director of the Physics Department of the FCFM of the University of Chile and is one of the 27 initiatives benefited with this fund in the faculty. The fund amount is a number near to 27 million Chilean pesos per year, for three years that covers the investigation, travel expenses, and computer equipment needed for the project.

Solid Base
“Our investigation consists in the study of two active matter models: on one hand, there are self-propelled particles that take energy from the environment and transforms it into persistent movement, on the other hand, tracing passive particles, immersed in an environment compound by self-propelled particles, known as “active bath”. Both systems are out of equilibrium which means traditional thermodynamics is not enough to make a satisfactory description of these”, Paredes said.
What they search in this investigation is to extend thermodynamics to completely describe these systems. “We hope our results establish a solid base for the development of experimental systems that allows the energy extraction from active baths and the efficient transport of self-propelled microswimmers”. These could be artificial and biological microrobots and both are currently being investigated at the Millennium Nucleus.
Graduate in Chemistry in Los Andes University (Universidad de Los Andes), Mérida, Venezuela and Doctor in Physics of the Venezuelan Institute of Scientific Investigations (Instituto Venezolano de Investigaciones Científicas), Caracas, Óscar Paredes arrived at the Millennium Nucleus Physics of Active Matters on 2018, to study and describe thermodynamics in this kind of matter.
Paredes holds a Ph.D. from the Physics Interdisciplinary Studies Center of the Dispersions and Interfaces Laboratory (Laboratorio de Dispersiones e Interfaces del Centro de Estudios Interdisciplinarios en Física – IVIC). His investigation areas are stochastic thermodynamics, Brownian motion, fluctuation theorems, second law of thermodynamics, active matter, and stochastic processes.

Recognition to the carried out work
The postdoctoral 2020 Fondecyt is a new and important step in his career. “For me is very important to have won this project because it represents a recognition of the work we have been doing, reaffirming its relevance for the scientific and technological development. Likewise, it will allow me to arrange the necessary resources to establish connections with other national and international investigation teams that will contribute to strengthening knowledge exchange, which is a key point in the scientific and educational knowledge, not only for me but for the team. To have won this award during my stay at the Millennium Nucleus is an indicator of the importance of
the investigation we are carrying out and I am sure this investigation will allow the growth of our scientific work”, Said Paredes
What is the active matter?
Physicists call active matter to all the systems composed by many biological or artificial elements where each individual can extract energy from the environment and generate movement or self-propel.
Examples of active matter are flocks of birds, shoals of fishes, and other collectives of animals that seem to move in a synchronic and organized way, up to the point where a hive looks like if it has its own life. The same thing happens at a smaller level: bacterial suspensions, cellular tissues, and artificial swimmers show amazing and unpredictable group movements.
Why is it so important to study the active matter? As the active matter shows many aspects of non-equilibrium physics, it is the perfect prototype to build and prove a new theoretical framework for all these types of systems.