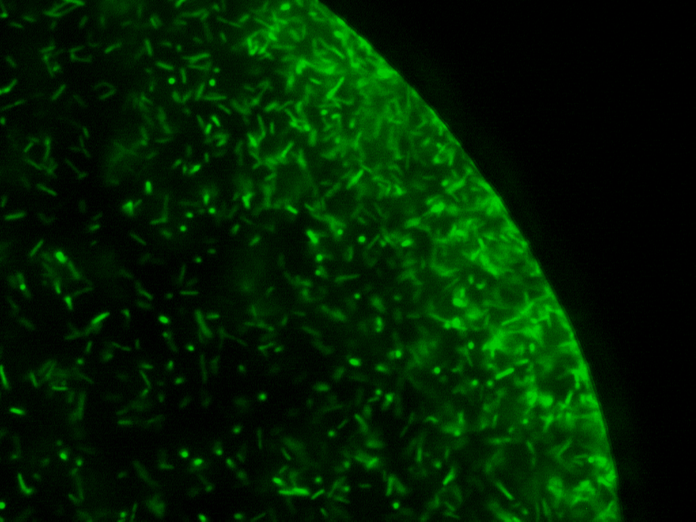 Quantum thermodynamics
Felipe Barra, theoretical physicist, doctor in Sciences, associate researcher of the Millennium Nucleus and academic of the Department of Physics of the Faculty of Physical and Mathematical Sciences of the University of Chile, obtained a Regular Fondecyt 2019 with his project “Quantum thermodynamics: collision processes” and dissipation by engineering “.
Ph.D. Barra explains that nowadays when we speak of quantum technologies, we are referring to the accomplishments achieved in the last 20 years in the experimental control over individual quantum systems. He says: “Quantum technologies allows us to accelerate some calculations, simulate quantum systems with other quantum systems, perform sophisticated and precise measurement schemes, etc. Quantum motors will become part of these technologies and this proposal is a contribution to quantum thermodynamics and for the science that studies their properties”.

The expert adds that, with this project it will be possible to understand the possibilities that both, collision and dissipation by engineering, can provide for the processes of quantum thermodynamics, which will allow to improve and expand the tools for these technologies that promised to revolutionize the world in the next years, since they will allow processing data in ways we still don’t know.

Fondecyt Regular 2019
Research name: Miguel Concha, full professor in the Faculty of Medicine and adjunct researcher at Millennium Nucleus Physics of Active Matter
University: University of Chile
Dependence: Faculty of Medicine and Millennium Nucleus Physics of Active Matter
Winning project name: “Interaction of mechanical forces at the cellular and tissue level drives and controls the time of cellular delamination during the epithelium-mesenchyme transition in zebrafish embryos”.

Zebra fish and cancer origin
Miguel Concha is a full professor of the Program of Anatomy and Biology of Development of the University of Chile, Doctor of Sciences (University of Chile) and Adjunct Researcher of the Millennium Nucleus Physics of Active Matter.
Together with the researchers of the Millennium Nucleus, it investigates tissue growth and cell migration during the embryonic development of the zebrafish.
In this call, Miguel Concha was awarded a Regular Fondecyt with a project that -using the same animal model, seeks to understand the process that originates tissues and organs during embryonic development and that plays a relevant role in the origin and spread of malignant tumors. “This is something very little explored to date, because we seek to generate new and relevant information about how mechanical forces participate in this phenomenon in the three-dimensional context of a living organism in development. We use zebrafish embryos as a model and implement cutting-edge technologies in the area of microscopy. Therefore, we will observe the way in which cells of an epithelial tissue are transformed into others with the capacity to migrate and colonize tissues, “said Concha, who will lead a group made up of biologists, physicists and engineers.

Bacteria as biofertilizers
Monellien Pires Monteiro holds a Ph.D. in Physics from the State University of Campinas Brazil and a postdoctoral researcher at the Millennium Nucleus, a center where she develops experiments in microfluidic devices with the soil bacterium Bradyrhizobium diazoefficiens.
Precisely with a project about this bacterium -which he researches since he was studying in his native Brazil- Pires obtained one of the 268 Fondecyt Posdoctorados, funds with which he seeks to study the motility of the Bradyrhizobium diazoefficiens for a lapse of three years.
“The study is about a soil bacterium that has two systems of flagella (tails) and has a symbiotic relationship with legumes, which favors the fixation of atmospheric nitrogen. Bacteria of this kind are already used as biofertilizers, which are an alternative to non-organic fertilizers. This research has great economic importance for agriculture,” explains Pires.
The great challenge of this project is to optimize all the procedures involved in the use of this biofertilizer. “We will use microfluidic devices to simulate the soil, the natural habitat of this bacterium, as well as theoretical simulations to obtain motility information,” he says.

The swim of the bacteria
Bachelor and Master in Science, with a mention in Physics from the University of Chile and PhD in Physics from the University of Twente, Holland, Nicolás Rivas has been a postdoctoral researcher at the Millennium Nucleus Physics of Active Matter since 2018, where he studies the dynamics of micro swimmers to describe, in detail, the properties of the fluid around them.
He seeks to study how bacteria swim with the Fondecyt Postdoctorate 2019 that was awarded, for two years. The doctor in physics says that there are many unicellular and multicellular organisms that use small filaments to move around.
These small appendages, called cilia, cover the organism like a carpet. “Bacterial swimming occurs when the cilia beat themselves synchronously, forming waves on the surface of the bacteria. Due to the complexity of the individual movement of each cilium, we use a simplified model to reproduce the global behavior of these organisms, which we solve using computational simulations”.                                                                                        His goal is to understand how the bacteria extract energy from the surrounding fluid in order to move. “We are particularly interested in obtaining theoretical expressions and to verify them through our simulations. How the swimming of the bacteria increases the temperature of the surrounding fluid or the amount of entropy they generate. Measuring the temperature or other characteristics of the fluid is easier than directly observing the behavior of a single bacterium, so if you have a good understanding of how bacteria affect your environment, it would be possible to deduce the characteristics of bacteria and their swimming by simpler measurements,” explains Rivas.