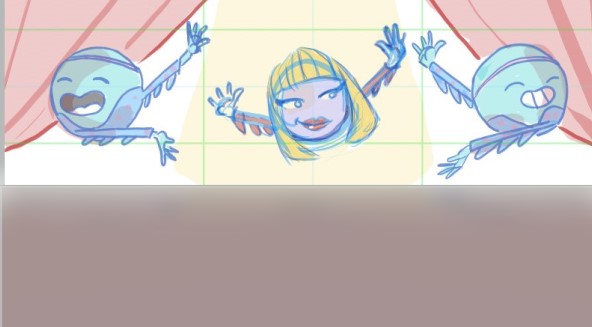 Scientists of the Millennium Nucleus Physics of Active Matter in Chile are leading an investigation that seeks to extend the current statistical laws to the out of equilibrium matter, which paradigm is the active matter: a fact that could revolutionize areas like medicine or electronics. A “scientific race” involving diverse investigation groups from all over the world.

In the IXI and XX centuries, the emergence of the thermodynamics and the statistical mechanics were key to achieve the technological advances of the Industrial Revolution. These advances generate a great number of future devices like integrated circuits, solar panels, and LCDs.
This was possible thanks to these theories since they describe and predict the processes and properties of the matter that is in thermal equilibrium. But the problem is that in nature exists the non-equilibrium matter, and the thermodynamics and the statistical mechanics are still unable to explain it.
“At a macroscopic level (visible to the naked eye), matter behaves following the laws that are a consequence of the fundamental laws of physics, which describes the behavior of the particles at a microscopic level. These microscopic laws have rules which serve to calculate the properties of the matter that is in thermodynamic equilibrium. But that does not happen with the non-equilibrium matter. We cannot formulate many of their behaviors in general rules, and neither deduct them from the microscopic laws,” explains Felipe Barra, Director of the Physics Department of the FCFM of the University of Chile and Research Associate of the Millennium Nucleus Physics of Active Matter.
The non-equilibrium matter is the new focus of interest in physics. The big paradigm of these systems is the active matter because it represents many aspects of non-equilibrium physics and is the perfect prototype to build and prove a new theoretical framework for all of these kinds of systems.
This is the reason why many investigation groups from all over the world are in a sort of “race” to achieve the creation of a new theory that allows them to comprehend and predict all its processes. Why? Because cutting edge technologies that use biological matter at a microscale, integrate active matter, so, describe and predict its properties and behavior promise to revolutionize areas like medicine, electronics, and agriculture.
A group of physicists from Millennium Nucleus Physics of Active Matter, located in the Beauchef campus of the University of Chile, is leading this investigation in our country.

Collective systems
Some examples of active matter are flocks of birds, shoals of fishes, and other smaller collectives, like bacterial suspensions, cellular tissues, and artificial microswimmers -systems that move in a synchronic and organized way like if they are a single individual-. “When we talk about the active matter, we refer to the systems composed by particles that have an individual motor, which means, they do not move because of external forces, but because of hidden mechanisms in their structure. These groups of particles are considered out of equilibrium matter because its behavior is due to energy flows,” explains Felipe Barra and adds: “It is a challenge to understand the function of these internal motors in terms of microscopic laws since the individual movement of these particles differs from the movement of the non-active particles, in which the microscopic physics laws apply. This is the reason why to understand the collective behavior of these groups of particles, that moves with a different dynamic from the ones we usually see, is a challenge for physics nowadays.”

A new model
To elucidate these questions Felipe Barra and Óscar Paredes, Postdoctoral Researcher of the Millennium Nucleus, are studying two cases: the first one, which has a single active particle in a medium with passive particles, and a second case, which has a passive particle in a medium with active particles.
“The aim is to concentrate on the study of the interactions between the particles and, from this, evaluate the thermodynamic quantities, which are properly identified for systems out of equilibrium, like, for example, the work an active particle has to do to move in a medium, the dispelled heat during the swimming, and the entropy production of the systems. The entropy is the thermodynamic magnitude that indicates the degree of molecular disorder of a system,” says Óscar Paredes.
Both scientists proposed a model that hopes to replicate the behavior of previous models described with hydrodynamic equations, and in Paredes words: “with the extra ingredient of our model that incorporates the thermal fluctuation effects in the dynamic, which allows to clearly define the temperature of the system. By doing this, it is possible to use a large part of the thermodynamic tools, and calculate quantities like heat and entropy, which is not possible to do with the hydrodynamic models.”
Could the formulation of a new theory mean another Industrial Revolution?
“Technology moves forward and we already had many revolutions compared to the Industrial Revolution. Likewise, we imagine that comprehend certain global laws, that indicates what can or cannot happen with these systems, would greatly help to improve processes and designs in medicine, agriculture, and modern pisciculture, among many other areas,” says Barra, and adds: “A good example is the use of microswimmers in the controlled delivery of medication. This understanding, from the thermodynamic point of view, offers the possibility to design microswimmers that could be more efficient and better adapted to the mediums in which they should develop. Besides, the possibility of efficiently extract energy from these active systems, overcoming the limitations we found at the moment of working with equilibrium systems, is always latent. That is why we aim to extend the current theories to these systems and accomplish, in the long-term, a great impact on new technologies.”