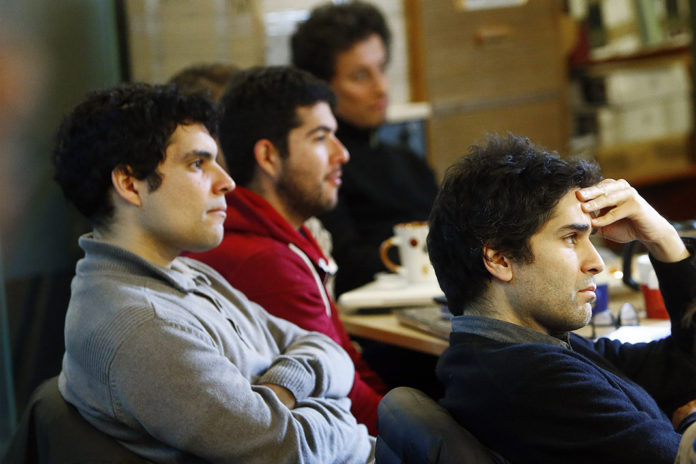 The Millennium Nucleus Physics of Active Matter started the “active breakfasts”, instance that take place all Wednesday from 10:30 to 12:30 in the meeting room of the Laboratory of Out of Equilibrium Matter, of the Department of Physics of the University of Chile.

In these meetings -with the participations of the main researchers of the Nucleus and students that integrate this centre- several topics are discussed, going from microfluidics cellular migration, to thermodynamics.

The “active breakfasts” are open to all the students of the Department of Physics and the Faculty of Physical and Mathematical Sciences who want participate. Wednesday, 27 September
Susana Márquez: “Physical model of the durotaxis in cells with non-polarized morphology”
Francisca Guzmán: “Attraction of nutrients and effects of long memory in stains of bacteria”

Schedule: Wednesday from 10:30 to 12:30
Place: Meeting Hall LMFE (Plinth of the Department of Physics)